In many cities across the United States, cyclists and roller skaters share the same lanes on roads and sidewalks.

But… what about bike lanes? Can you roller skate in a bike lane?

To answer your question, The answer is technically yes, but there are thing to keep in mind before hitting the pavement.

One of it is to check your local laws and regulations. Because in some places, skating in bike lanes is actually against the law.

What is a bike lane?

A bike lane is a portion of roadway that has been designated specifically for bicycles.

In most cases… bike lanes are located on the right side of the road, between the curb and the main travel lane.

Also, bike lanes are usually denoted by a painted stripe or other markings on the pavement, and may also include signage indicating their presence.

Apart from that, Bike lanes provide a number of benefits to both bicyclists and motorists too.

For cyclists – they offer a dedicated space on the road where they can ride without fear of being struck by a car.

This can make biking a more enjoyable and safe experience.

For drivers – bike lanes can help to reduce congestion by providing an alternate route for those who choose to cycle instead of drive.

Additionally, bike lanes can help to increase visibility of bicyclists and making it easier for drivers to yield to them when necessary.

The law on roller skating in bike lanes

In many U.S. states, it is legal for roller skaters to skate in bike lanes.

However, there are a few states where the law is unclear or there are no laws specifically addressing skating in bike lanes.

Florida for example, are not allow to skates in the bike line.

When you’re roller skating in a bike lane, it is important to be aware of your surroundings and yield to cyclists.

And also, skaters should also stay to the right side of the bike lane whenever possible.

The dangers of roller skating in bike lanes

Roller skating in bike lanes can be dangerous for both skaters and cyclists.

And here are a few reasons why:

1. Skaters can get hit by oncoming traffic.

2. Skaters can fall and get hurt if they’re not careful.

3. Cyclists can get into accidents if they swerve to avoid skaters.

4. It’s illegal in some places to roller skate in bike lanes.

5. Roller skating in bike lanes can cause congestion and make it difficult for cyclists to get through.

6. Skaters might not be able to stop in time if a cyclist suddenly appears in front of them.

how to skate safely in a bike lane

When roller skating in a bike lane, it is important to be aware of your surroundings.

To skate safely in a bile lane, i have a few tips for you:

1. Wear the proper safety gear. This includes a helmet, knee and elbow pads, and wrist guards.

2. Look both ways before crossing the street or entering the bike lane.

3. Be aware of your surroundings at all times and watch out for obstacles in the path.

4. Skate in single file when possible so as not to block the entire bike lane.

5. Use hand signals when turning or stopping so that cyclists behind you are aware of your intentions.

Other considerations when skating in a bike lane

When roller skating in a bike lane, not only you have to be aware of your surroundings and be cautious of other skaters, cyclists, and pedestrians.

But there are also some other considerations to keep in mind:

1. Wear bright clothing so that you are visible to others.

2. Use caution when passing other skaters, cyclists, or pedestrians.

3. Be courteous to others and follow the rules of the road.

The practicality of roller skating in a bike lane

After doing some research, I found that there are a few things to consider before attempting this.

First, is the width of the bike lane. If it is too narrow, there will be no room for you to skate without getting in the way of cyclists.

Second, is the surface of the bike lane. If it is bumpy or has a lot of cracks, it will be difficult to skate on.

Finally, are there any obstacles in the way? If there are parked cars or other obstacles, you will need to be careful not to hit them while skating.

Overall, I think that roller skating in a bike lane is possible if you take the time to consider all of these factors.

The benefits of roller skating in a bike lane

Roller skating in a bike lane may seem like an odd activity, but it actually has several benefits.

For one, roller skating in a bike lane is that it is relatively safe.

Because there are no motorized vehicles allowed in bike lanes, so skaters only have to worry about pedestrians and other skaters.

This makes for a much more relaxed and enjoyable experience than skating in busy streets or skate parks.

Can you roller skate in a bike lane without getting hit by a car?

For starters, bike lanes are designed for bikes, not skaters.

That is why they’re usually narrower than regular sidewalks, and they often have obstacles like potholes or cracks that can trip up a skater.

Plus, cars and trucks aren’t expecting to see skaters in the bike lane.

That means they might not be paying as much attention as they should, and that could make it more likely for an accident to happen.

So… if you want to skate safely, stick to the sidewalks. And if you do decide to skate in the bike lane, just be extra careful and watch out for cars.

In conclusion, skating in a bike lane is not recommended and is actually illegal in some states.

Additionally, Skaters should be aware of their surroundings and skate responsibly to avoid accidents. 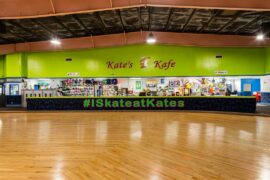 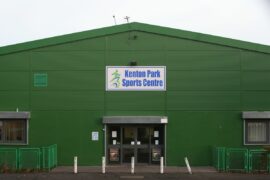 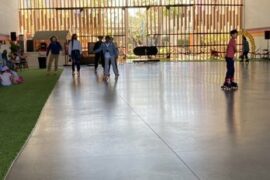 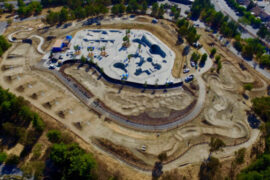